This year’s first research meeting was led by Ana Bazzan, professor at the Informatics Institute of Universidade Federal do Rio Grande do Sul (UFRGS), in Porto Alegre, Brazil. She has visited The AI Lab for three weeks this winter and introduced her work titled ‘Similar yet Different: the Structure of Social Networks of Characters in Seinfeld, Friends, How I Met Your Mother and The Big Bang Theory’.

A recent survey by Labatut and Bost (ACM Comp. Surveys) has analysed more than 200 papers — including two of the group — dealing with novels, plays, movies, and TV series, focusing on extraction of the network, its analysis, and the role of network science there. The work in this survey aims at (i) developing new mathematical frameworks to deal with temporal aspects in two fictions (Alice in Wonderland and La Chanson de Roland), and (ii) assessing the truth of some well-known facts about the sitcom ‘Friends’, obviously from the social network perspective. 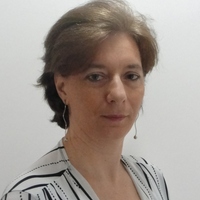 Two other, ongoing and unpublished, works deal with comparison of sitcoms: ‘Friends’ and ‘The Big Bang Theory ‘, and these two plus ‘Seinfeld’ and ‘How I met your Mother ‘, since all of them are about a bunch of friends living in big cities, dealing with the odds in their careers, love life, and friendship. How similar are, e.g., ‘Friends’ and ‘How I Met Your Mother’ (a much-discussed topic in Internet forums)?

The theory of complex systems is responsible for a boom on using network science (another name for our long-time acquaintance, graph theory). Indeed, the theory of network science in general and social networks in particular has found surprising applications with amazing results.

Prof. Bazzan has primarily worked with applications in traffic lights. She has created simulations such as green waves also using agents to observe different behaviours. Her background in game theory helped her investigate how people select routes. She assessed drivers’ routing preferences regarding traffic lights together with a study of a co-adaptive system. In doing so, she also looked at how to give incentives to people to find the best routes. Examples of incentives include London’s or Singapore’s toll system. Prof. Bazzan has also applied her work to electric cars.

“There are so many interesting things happening at the VUB AI Lab. I observe substantial levels of knowledge exchange occurring here.”