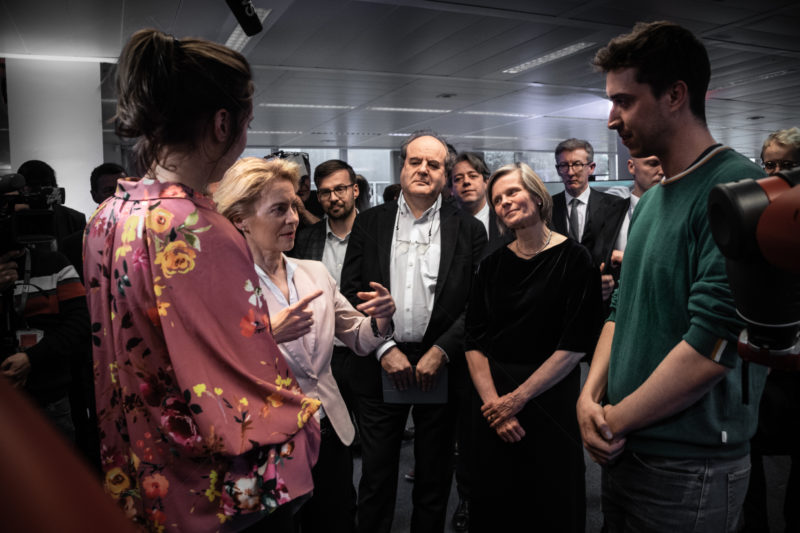 Ursula von der Leyen, president of the European Commission, visited the AI Experience Centre prior to the announcement of the Commision’s plans for Artificial Intelligence

The VUB AI Experience Centre, which is also supported by the Université Libre de Bruxelles (ULB), welcomed the President of the European Commission, Ursula von der Leyen. After her visit, the President shared her impression with the press. She recognized the value of the young researchers’ work and emphasized the importance and relevance of human-centered artificial intelligence research. She was pleased to see that the AI Experience Centre also reflects this attitude.

During her visit, Ursula van der Leyen interacted with robots, was shown an autonomous wheelchair, and also encountered the possibilities of AI in the medical field. All of these were demonstrated by some of the prototypes the center offers, like exoskeletons and computer assisted surgery innovations. 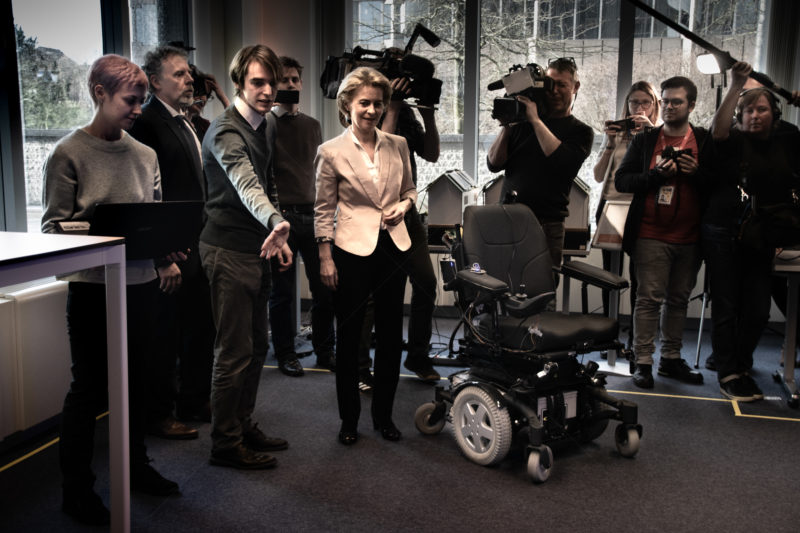 The visit of the president of the European Commission was of special importance as it was scheduled a day before the announcement of the Commission Strategy for the AI driven Digital Agenda. In its white paper (On Artificial Intelligence – A European approach to excellence and trust), the Commission promotes the concepts of ethical AI, the use of open data and the aim to strive for AI innovation at the service of all citizens. The AI Experience Centre was built on this very concept. It is designed to connect industry, policy-makers, NGOs, and other academia with a large variety of artificial intelligence experts working at the VUB. The AI Experience Centre is committed, through its interdisciplinary approach to contribute to the building of responsible AI in Europe.

“Today we are presenting our ambition to shape Europe’s digital future. It covers everything from cybersecurity to critical infrastructures, digital education to skills, democracy to media. I want that digital Europe reflects the best of Europe – open, fair, diverse, democratic, and confident.”

Video coverage of the event by the European Commission

Photos album of the event by the European Commission 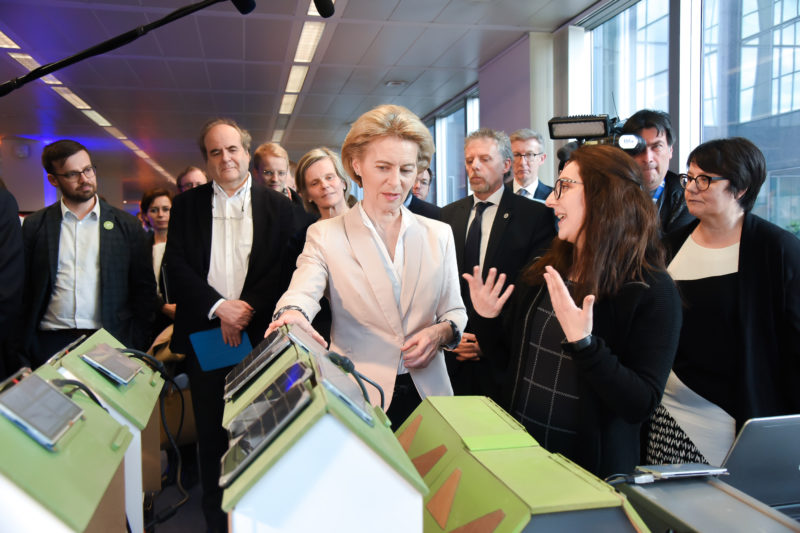