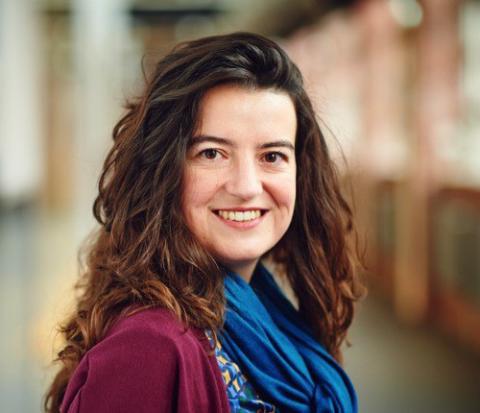 Prof. Dr. Ann Dooms is leading a research group in Digital Mathematics (http://we.vub.ac.be/en/dima-digital-mathematics). The word “digital” is derived from the Latin word “digitus”, which means finger, and hence refers to finger-counting used to enumerate objects. Data that can only take a discrete number of values is therefore called digital.

Our society is completely digitized leading to applications of mathematics in our everyday life, everywhere and anywhere. Constant streams of data are being captured, analyzed and communicated. Today is the era of so-called “big data”: we never encountered such volumes of data, at such speeds, of so many different kinds and yet with quite some uncertainty. New paradigms of mathematics come to the rescue in this interdisciplinary field bringing together mathematicians, computer scientists, engineers up to social scientists and lawyers.

Prof. Dr. Ann Dooms holds a PhD in Mathematics (2004) and is specialized in Digital Information Forensics and Security.

She is a member of the Jonge Academie and the IEEE TC Information Forensics and Security. She was nominated in 2013 for the EOS Gouden Pipet and received in 2014 the Second Prize in Science Communication from the Royal Flemish Academy of Belgium in Sciences and Arts.