The project aims at developing new empirically grounded theoretical foundations and new interactive and participatory tools for understanding, analyzing, visualizing and monitoring the emergence of social con icts and crises driven by differences in culture and by diverging world-views, with a focus on their distribution in the European geopolitical and media space.

It will also develop methods and technologies for the early detection and localization of potential conflict areas through the analysis of digital media and online communities, and the participatory development of new arenas of discourse supporting conflict resolution in collaboration with a group of stakeholders.

On the theoretical ground the project aims at developing new concepts, mathematical foundations and computational tools for understanding and modeling social conflict and crises in systems that have high dimensionality, little decomposability, and generate non-stationary processes. As such, it promises to deliver new insights on the “global systems science” of conflict. Key theoretical contributions will include new geometric models of partial representations, with applications to the representation of political spaces and game theory models of cultural conflict. The project will also deliver new computational models for the analysis of natural language that may allow a more precise and theory-driven analysis. Finally, the project will develop new models of the spatio-temporal distribution of conflict and crises.

The theoretical foundations will provide the basis for the development of innovative interactive (participatory) tools to monitor, visualize and model the dynamics of conflict situations that involve heterogeneous cultural biases and non-transparent entanglements of multilateral interests. We aim to use diverse empirical sources (from digitalized historical corporation 19th and 20th centuries to real-time online communication) to understand the mechanisms that shape the discourse around controversial issues and which hinder or foster a process of compromise. The use cases studied in the project will include migration and the refugee crises, new populist movements in Europe, climate change debates, tensions in external relations (with neighbors) and internal relations (separatist movements) of the European Union, and the emergence of racist rhetoric.

On the other hand, the internet also provides an ecology in which new forms of interaction may be established at pace. We aim at enriching this ecology with an online tool which maps ongoing discourses onto empirically informed representations that allow users (and stakeholders) to grasp the complexity of the problem in question and, in addition to that, provides the possibility of negotiating the importance and valence of key issues in a participatory fashion. We believe that an empirically informed and collectively negotiated framing of a debate can be a basis for new forms of participatory social decision making in which the media sphere becomes a true democratic element. 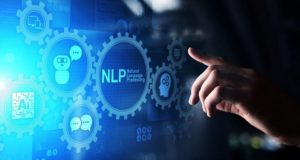